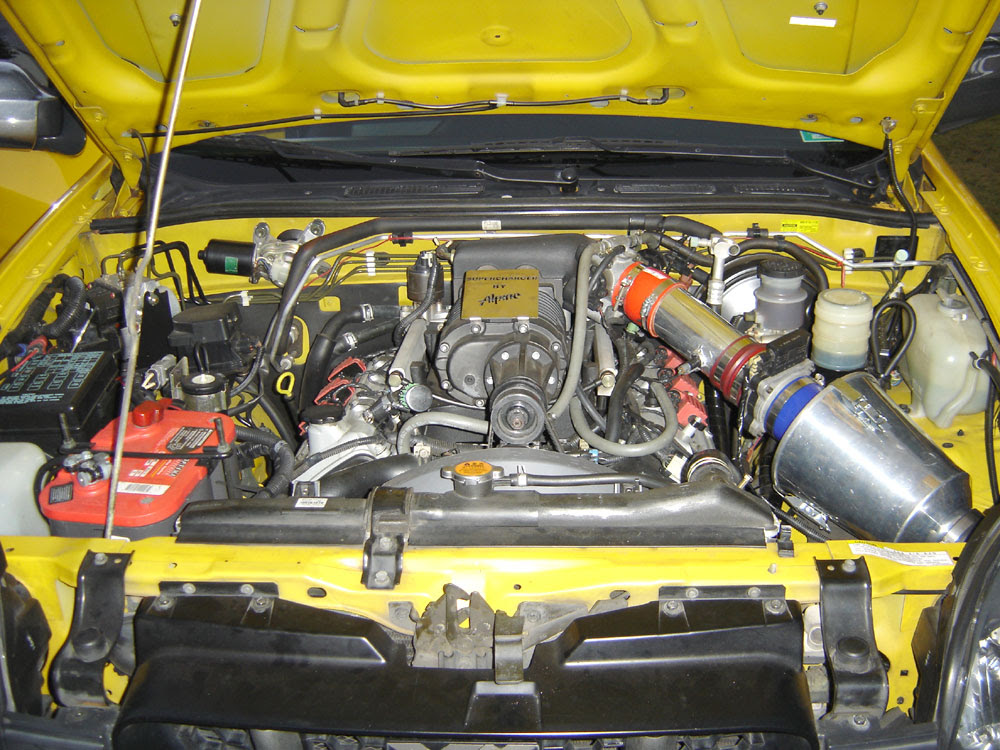 I've finally got the Intake on my recently supercharged VX worked out and it's time to show some images. I met with Joe Black and friend Doug who were visiting from Florida (they picked up the Ebony that's being transformed into a Rally dedicated VX) up at John Schellenberg's place. After situating mods/fixes to the trailer, helping to load the VX and picking up a motor at a local shop (John's project), we got to work on the intake. The project involved removing the temporary setup (using parts from the Alpine SC kit and a K&N cone that I already had) and installing a setup that worked with the Green shielded filter that Tone sells. What is interesting about this filter is that there's an inlet flange that allows for tubing to be extended outside the engine compartment - see the bottom photo and you'll see how it was done. I used the rubber flange from the cone-filter to mate up to the fender hole - nearly a perfect fit for a 90 degree elbow coupled onto the front of the filter shield. The rest is pretty much a straight shot to the MAF, short 3 inch diameter tube and to the TB using couplings. A hole had to be drilled for the sensor and a short breather tube/filter attached to the valve cover (Note the small Green filter - the elbow came from a SS TB tube that John had laying around - probably Nissan).
In all a very clean install. I still need to swap out all the mismatched couplers and will probably upgrade the clamps - plus I need something better to support the weight of the thing - will probably fab up a bracket like I did for the former setup. I also need to cover the extended sensor wiring with loom. The quality and amount of air is noticeably different plus the engine temps, which were slight hot (right of center) are now back to slightly cold (left of center). Feeling the tubes before and after the intake there's a HUGE difference in temps, so I'm very happy. 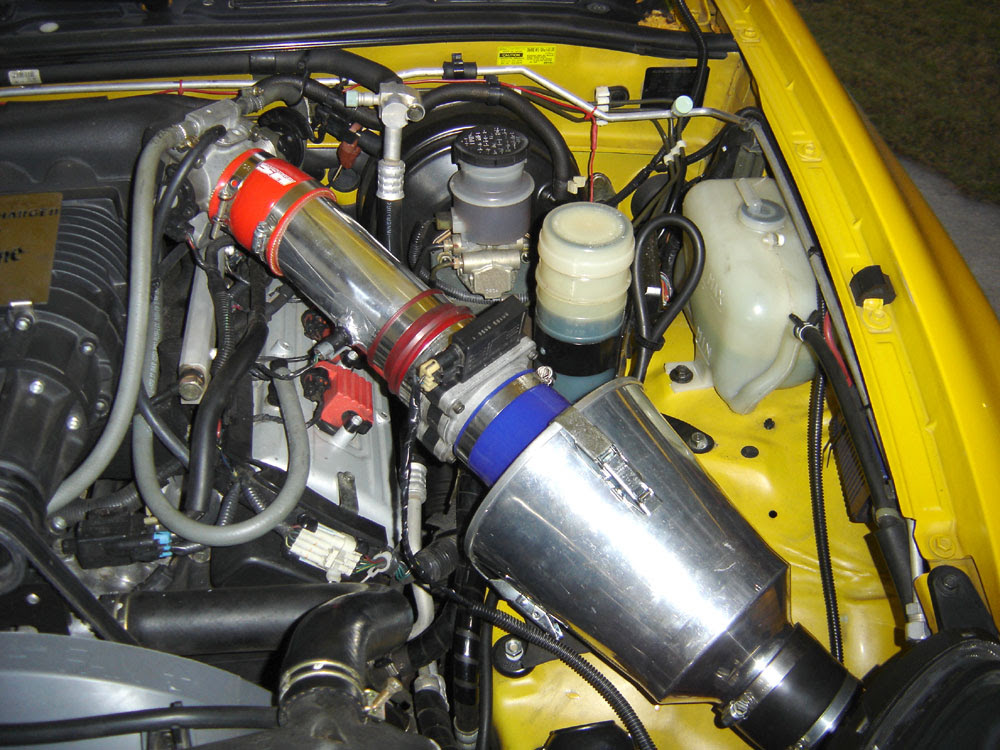 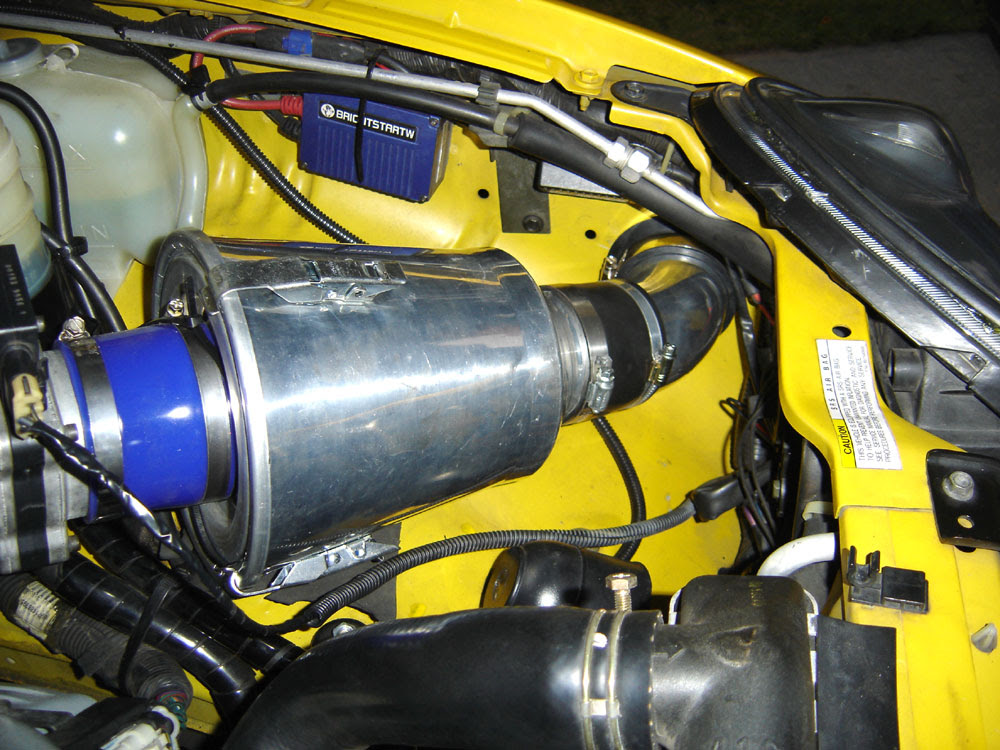 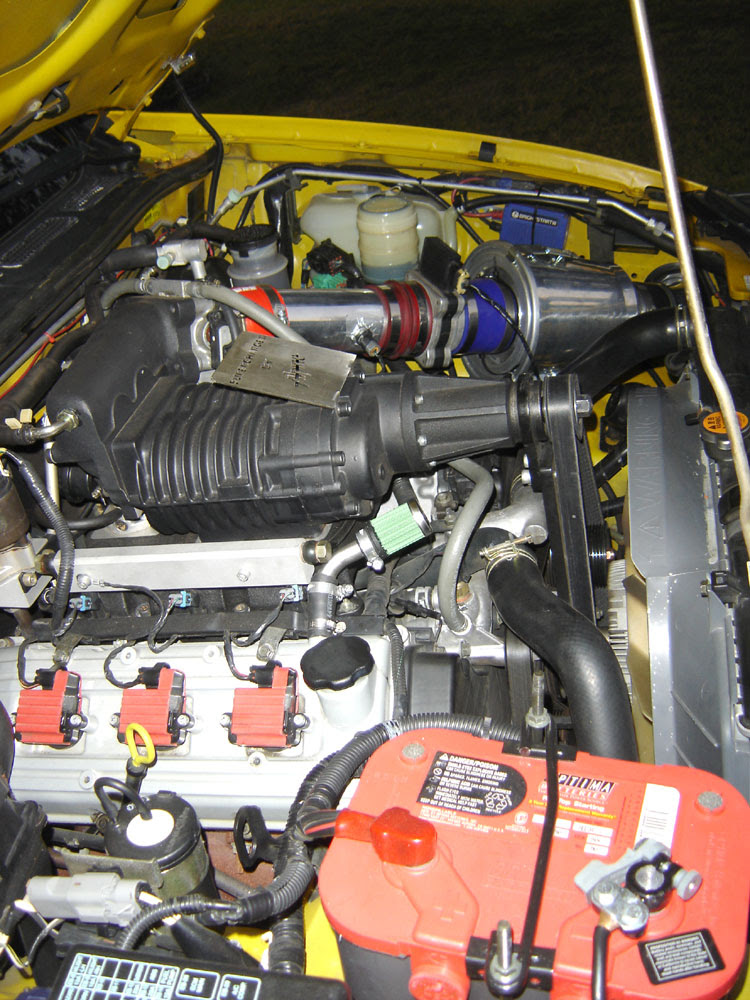 I'll update with additional images as I finally get the couplers and bracket completed.
-- John
Posted by John Eaton at 2:53 AM No comments: