About Time for a Timing Belt

I replaced my first timing belt at around 70K miles. I just edged over 150 and figured it was about time for my second. In preparation I decided to try one of the inexpensive kits offered by several dealers on eBay. In my case, the kit was "on sale" for around $130. The kit included the water pump, tensioner pulley assembly, idler pulley and a good aftermarket belt. All the parts were Japanese or Korean. Doing some research I decided to use the excellent instructions available from VX owner Bart on the vx.info forums: nfpgasmask here: http://isuzugeek.org/howtos/tbelt/tbelt.htm. He made some additional recommendations so I purchased a new tensioner and a new water pump stud (got those from Merlin at St. Charles Auto: 1-800-727-8066). Since the serpentine belt I had on it looked decent, I deferred on that (it's easy to change anyway).

I had also decided that while I was in there I may as well upgrade the radiator hoses to silicon - I purchased these from SVX Motorsport ($140 Plus shipping: http://svx-motorsport-accessories.stores.yahoo.net/pusiraho2.html ). I also purchases some excellent Stainless Steel Constant torque hose clamps from a dealer on Amazon: http://www.amazon.com/dp/B0002QTK1C/ref=pe_175190_21431760_cs_sce_3p_dp_1)

I decided to take a couple of days off from work - had a week left over from last year plus I wanted to be able to access any parts stores if I ran into an issue - since most are closed on the weekend it's just easier when things go South. I put together my tool kit and parts and headed outside about 10:00 AM. Here's a couple shots of the VX before I started. 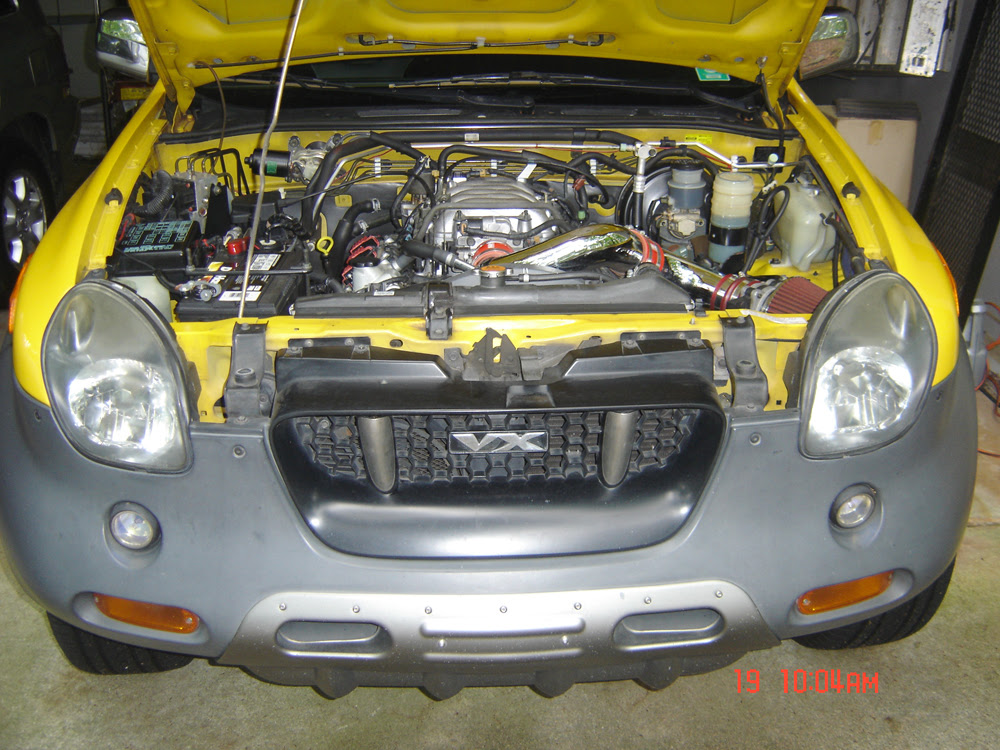 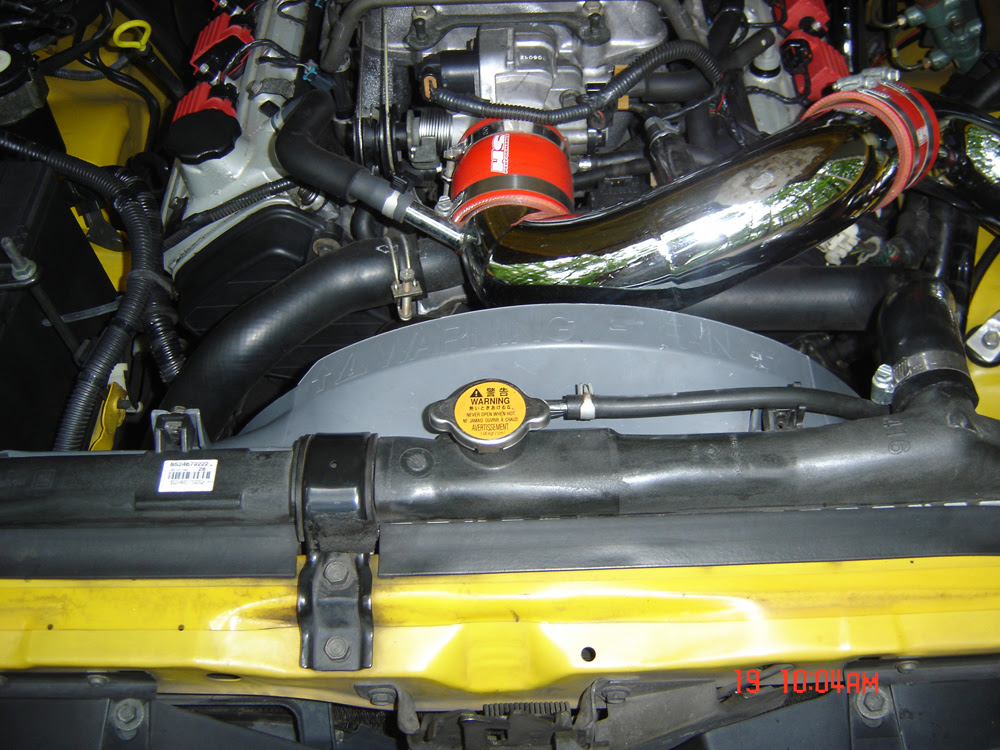 Here are the parts from the eBay kit: 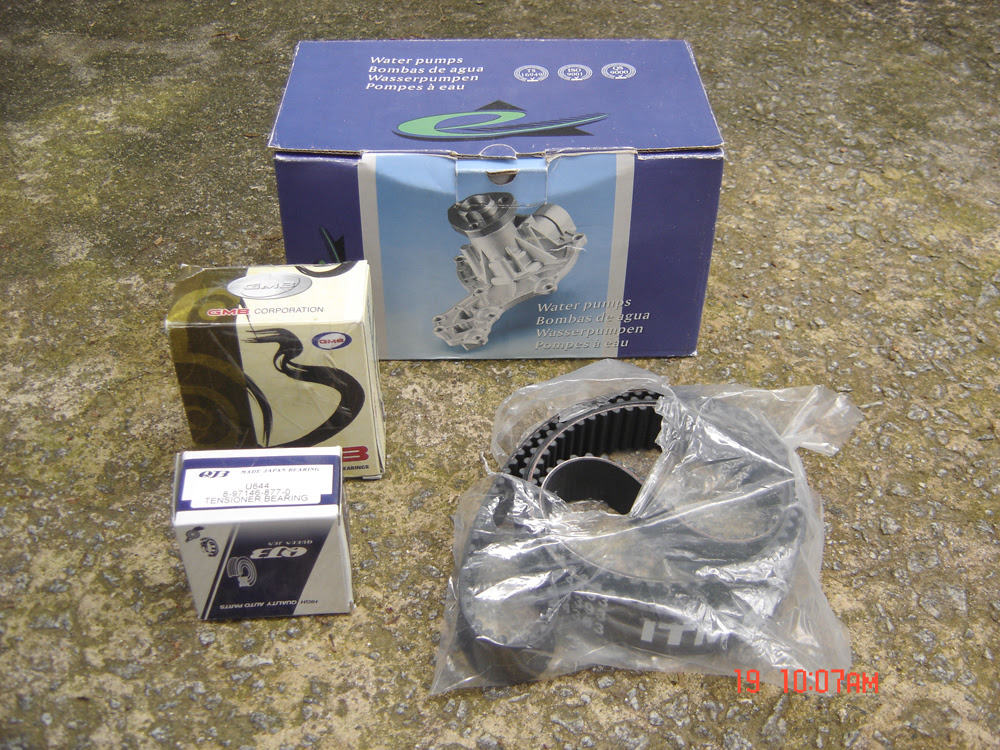 Some general impressions - the pulleys both seemed to be of good quality - time will tell. The belt also seemed very well made as did the water pump. It did have cast fins instead of the bent-steel of the original - also the gasket was paper instead of the original metal. I figure that if something goes wrong I'll just take it apart and use real OEM - I'll only be out the $150 and since the VX has a non-interference engine there isn't too much risk of damage.

Here are the OEM parts I used: 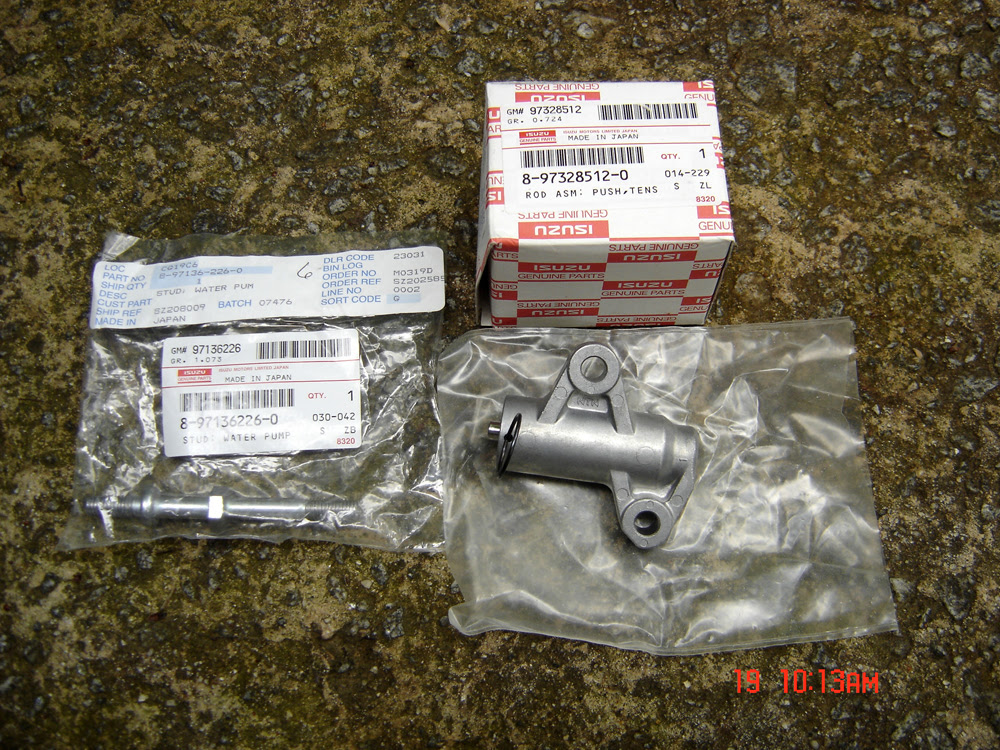 And here are a couple of extras (the thread-lock is needed for one of the bolts in the water pump): 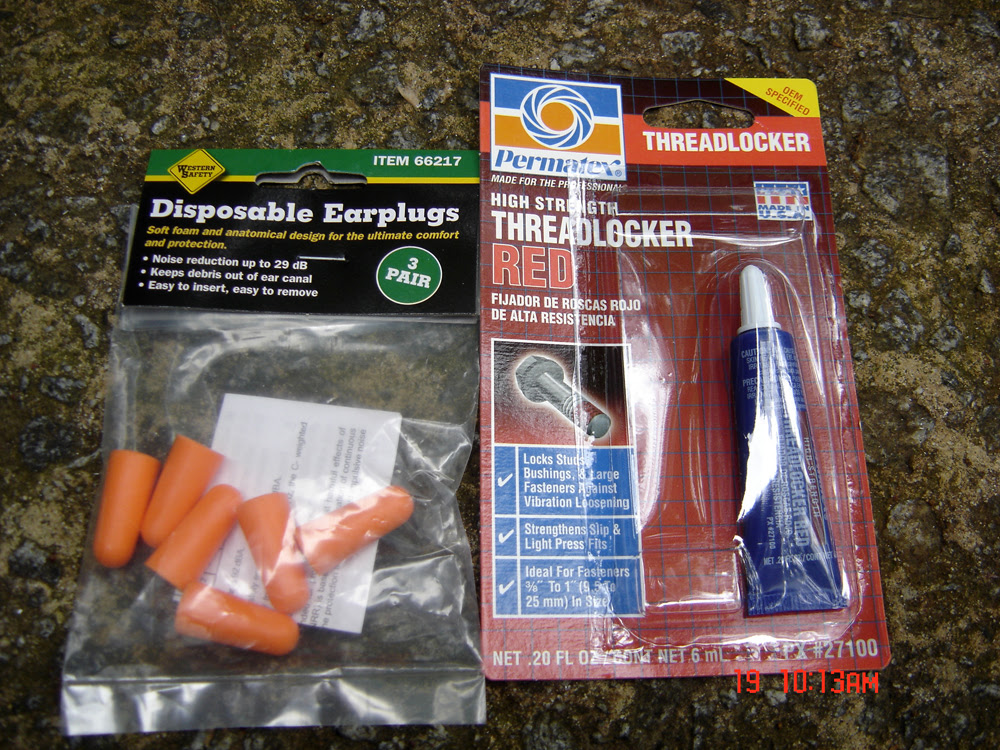 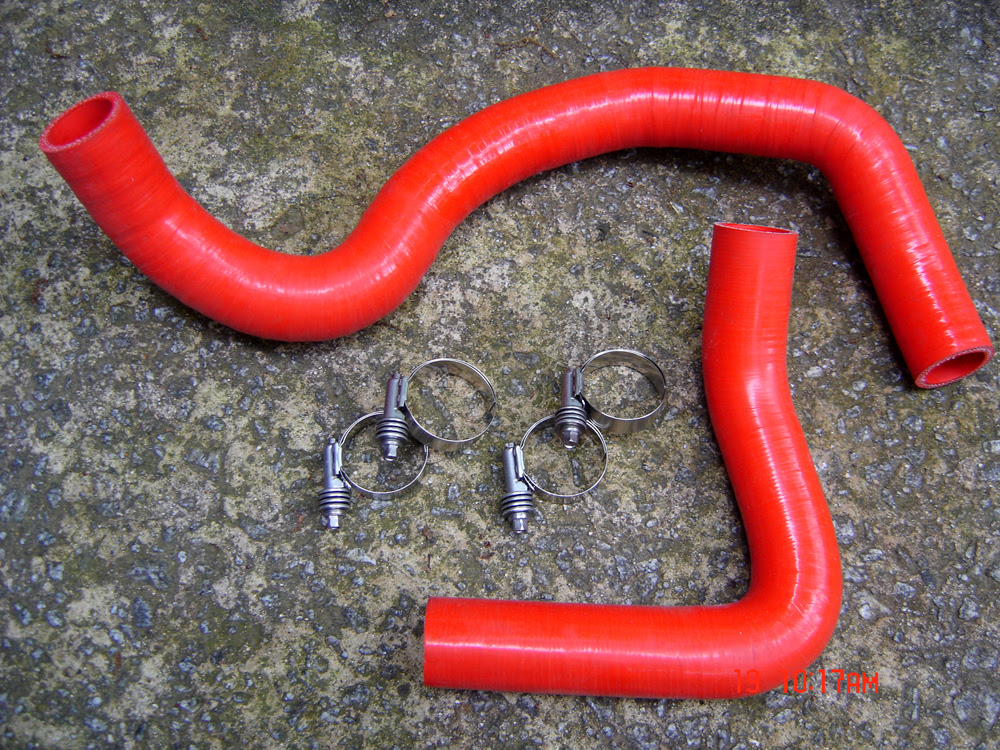 Tools, consumables and the drip pan: 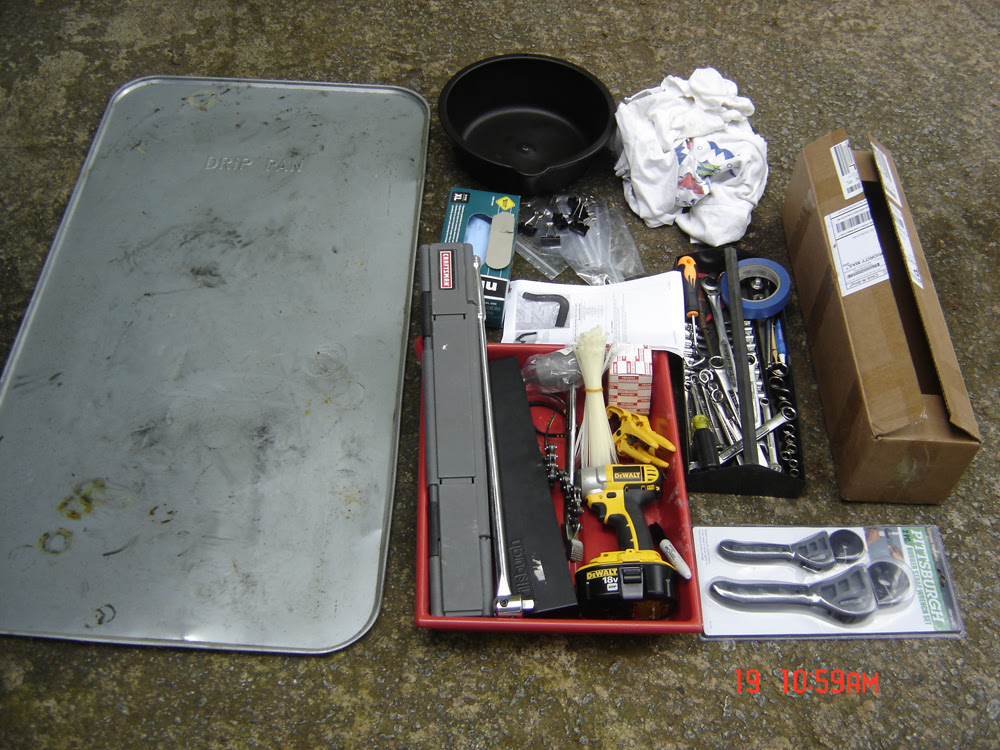 These are the dissembly photos: 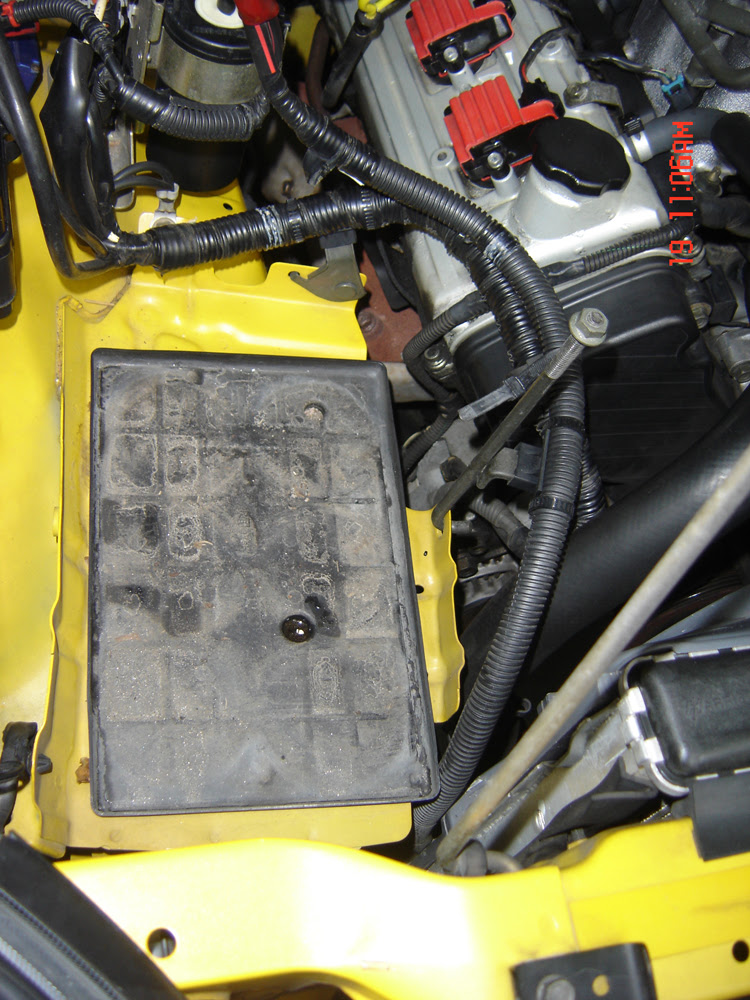 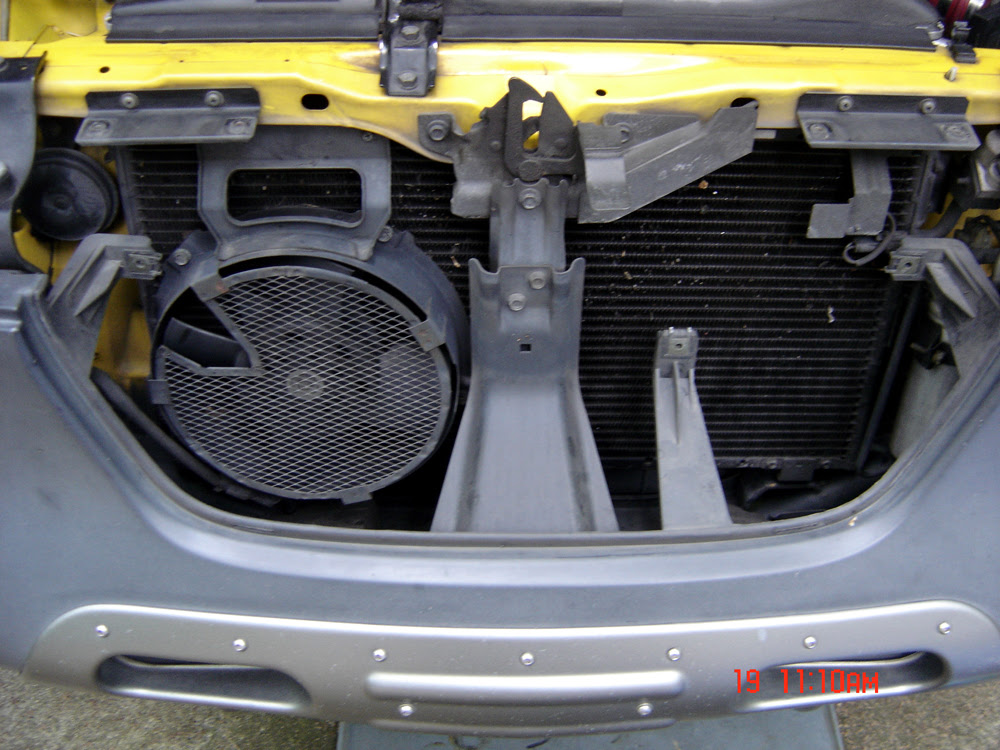 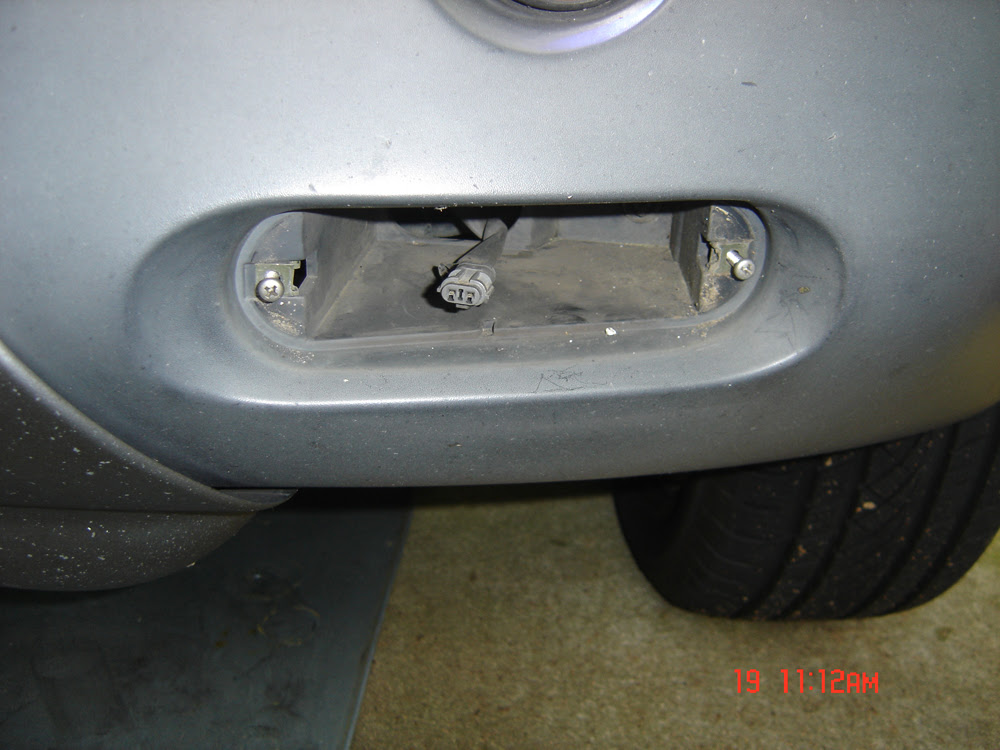 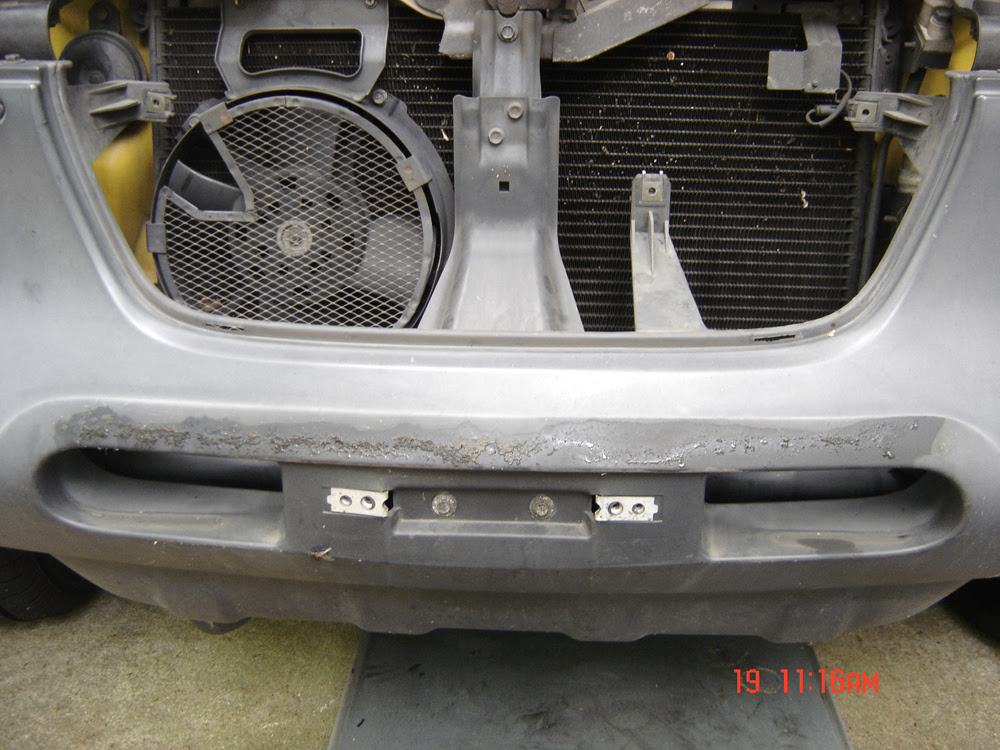 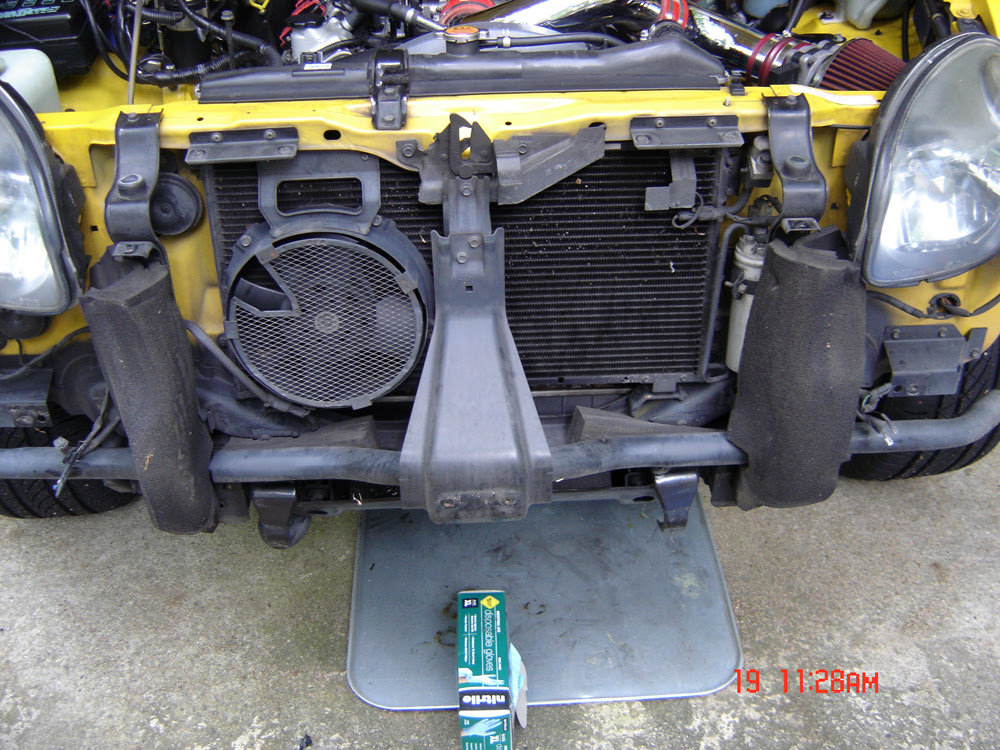 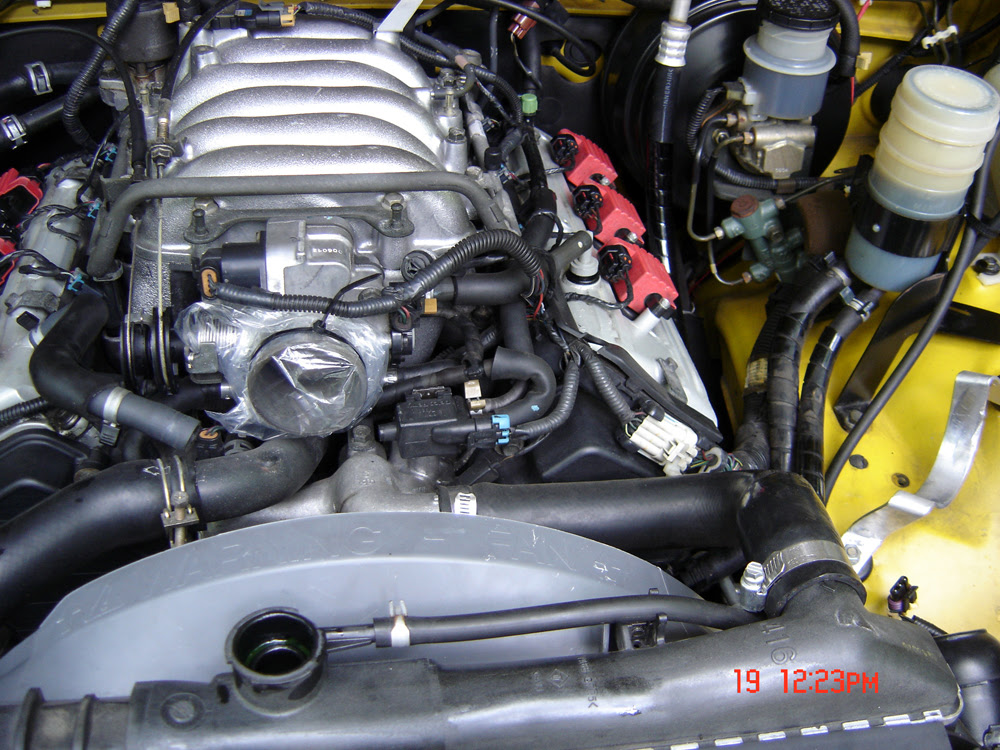 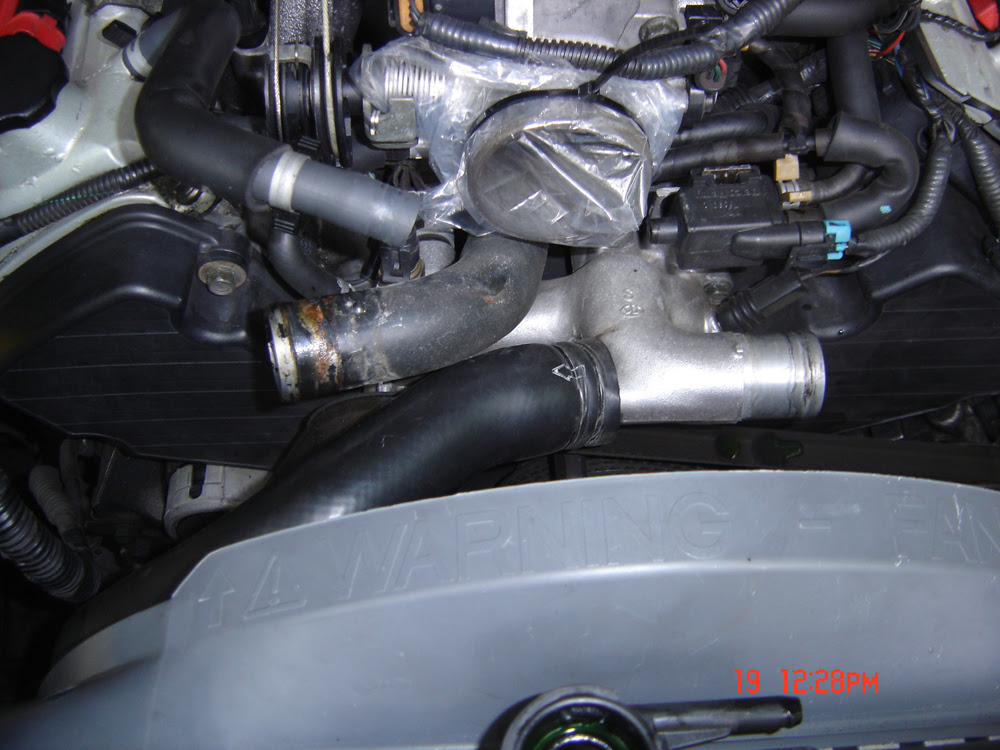 So here is when things got interesting: 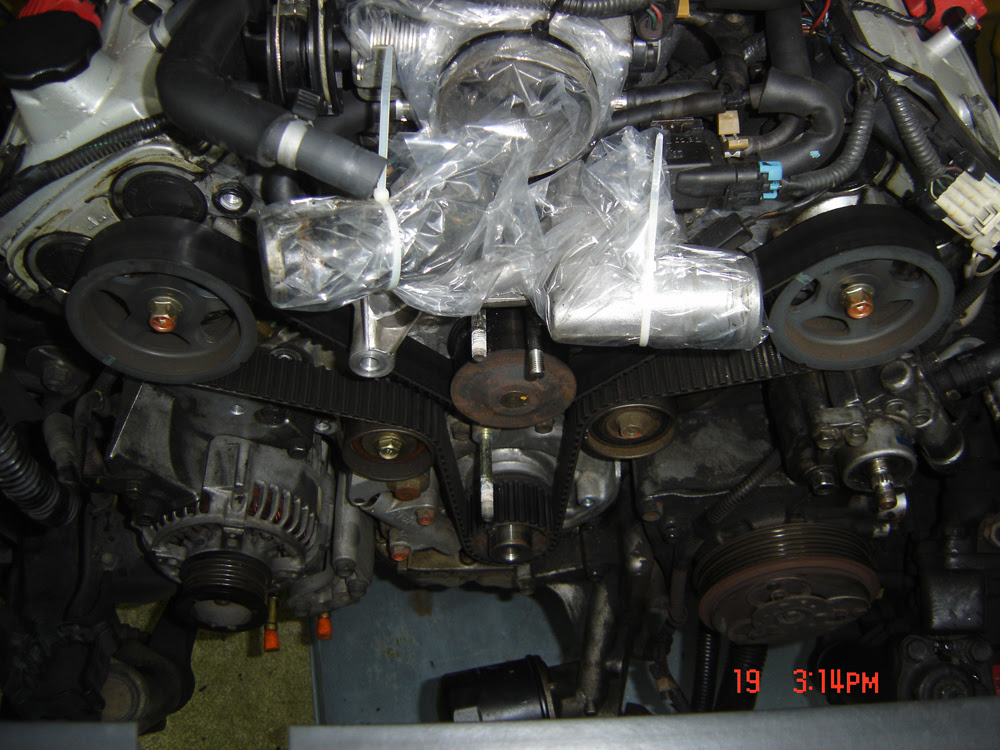 When you pull off the old timing belt, the cam pulleys are supposed to move inward to the 12 o'clock position (according to Bart's excellent guide) - instead mine went to the outsides:

I continued with the dissembly:

So now the first problem. Take a close look at the tensioner pulley assembly on the left. That's actually the original assembly with a transposed pulley. When I compared the original to the replacement it was quite evident that the offset (distance from the front of the motor to the inside edge of the pulley) was incorrect. There's a difference of about 4 or 5 millimeters - no way the belt would have tracked right using the replacement. I ended up taking both to the bench and using a vise to hold things down, removed the pulley - luckily the inside shaft had the same diameter so I went with the new pulley instead of replacing the old.

So at this point I called it a night and posted a question about the cam pulley placement on the vx.info forum. I also took another look at the videos available there regarding the timing belt. Some helpful guys chimed in and I decided to go for it, cranking the cam pulleys inward instead of outward. The opinions were that it shouldn't matter as long as everything lined up.

The next morning I took a look at the belt and came to problem number two with the kit. OEM timing belts have two marks (one for each cam pulley) and a dotted line that you align with a notch on the back of the drive pulley. This "ITM" belt had four marks and none of them lined up with anything - also the marks were on the "gum" side of the belt instead of the edge of the "tooth" like and OEM belt. I selected one of the marks as a reference, placing some blue painters tape next to it to indicate where the tooth was and counted to the next mark (53 teeth for reference) - there I placed a mark with a sharpie and a piece of tape with arrows:

I then counted to the next line on the original (71 teeth if any one's interested) and placed repeated what I did for the prior. Just for piece of mind I counted to the dotted line and they were the same from both both belts, so I knew the belt was the proper length. I then went back to Bart's directions:


So here it is with the belt completed and the tensioner released. I spun it a couple of times to make sure the marks and pulleys lined up (you lose the marks on the belt) and everything looked kosher. 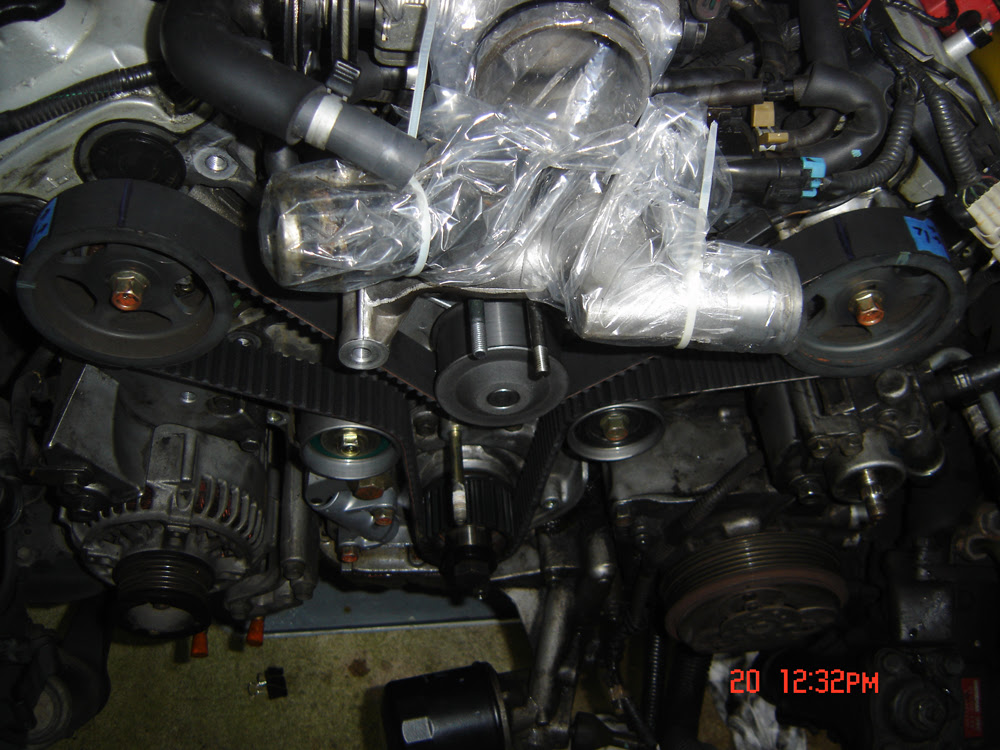 There were a couple of parts that were a bit rusty that I first cleaned off with mineral spirits and then shot with Rustoleum:

Finally I put everything back together: 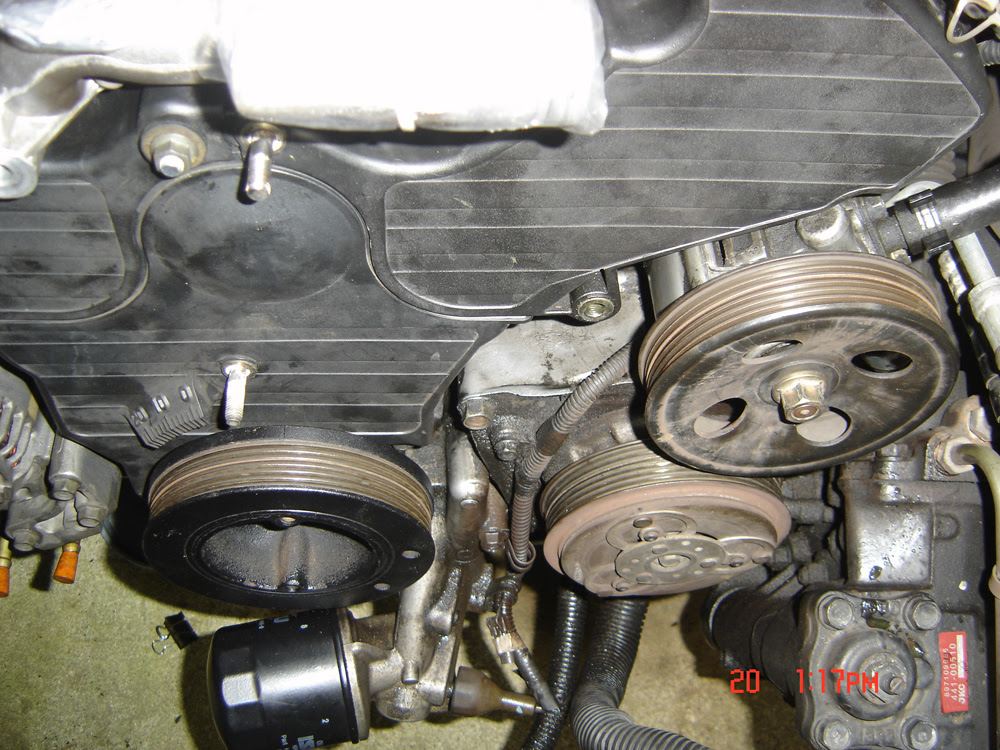 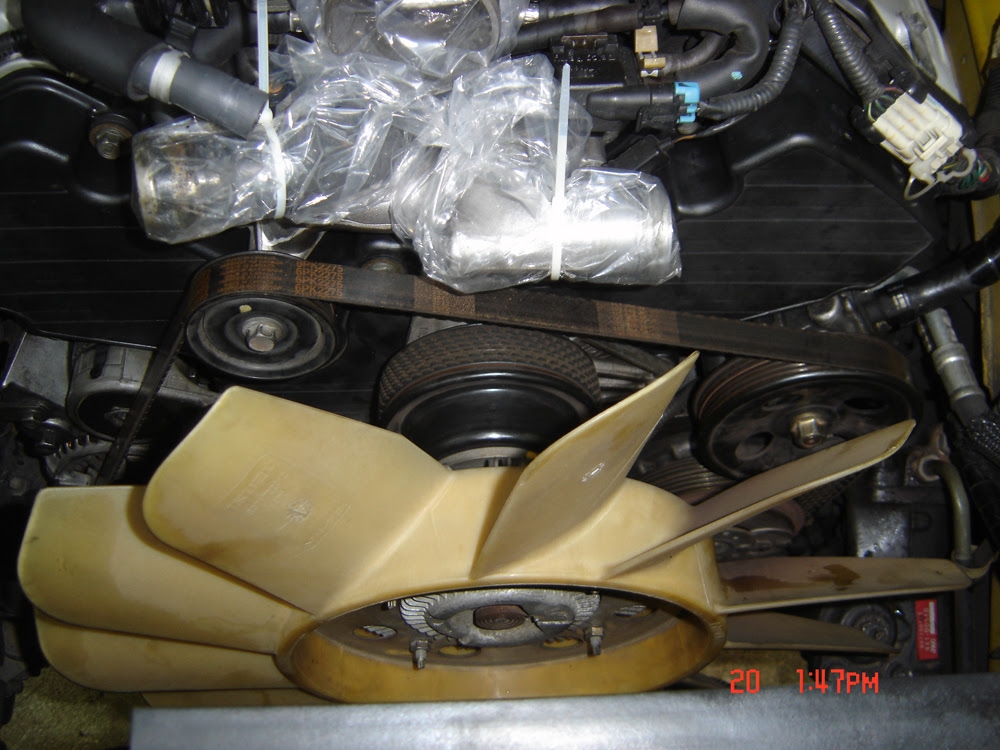 And added the new hoses, reconnected everything and filled the radiator: 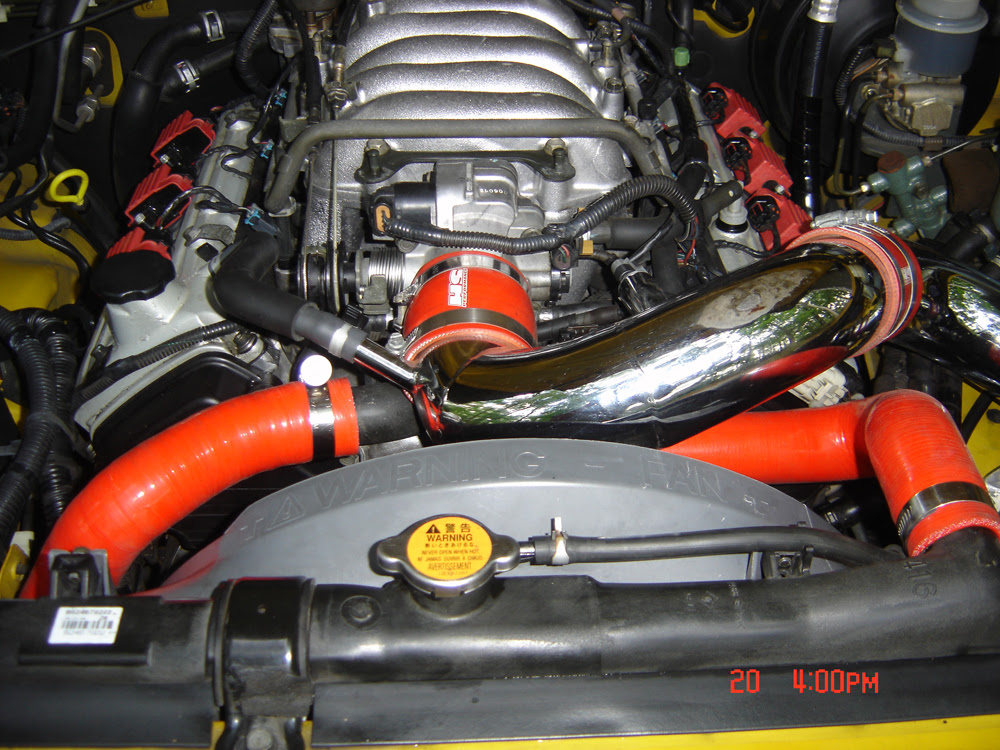 Here's a video I shot of the VX when I first tried the ignition with the new bits...

What you don't see in the video - after another minute the Check Engine light came on - doh! Got out my reader and it was showing a P0104 code - something about a lack of air pressure on the MAS - got out and checked the connection and of course I had forgotten to attach. Did so, cleared the code and the VX was ready to go.

Finally reassembly took about another hour - I took time to clean everything off really well, especially the radiator and areas behind the cladding. I waited until the next day for the test drive since I wanted to top-up the tranny. I ended up losing a lot more ATF that I expected - needed more than a quart to get it topped up.

Here's a couple of photos of the actual tools I ended up using: 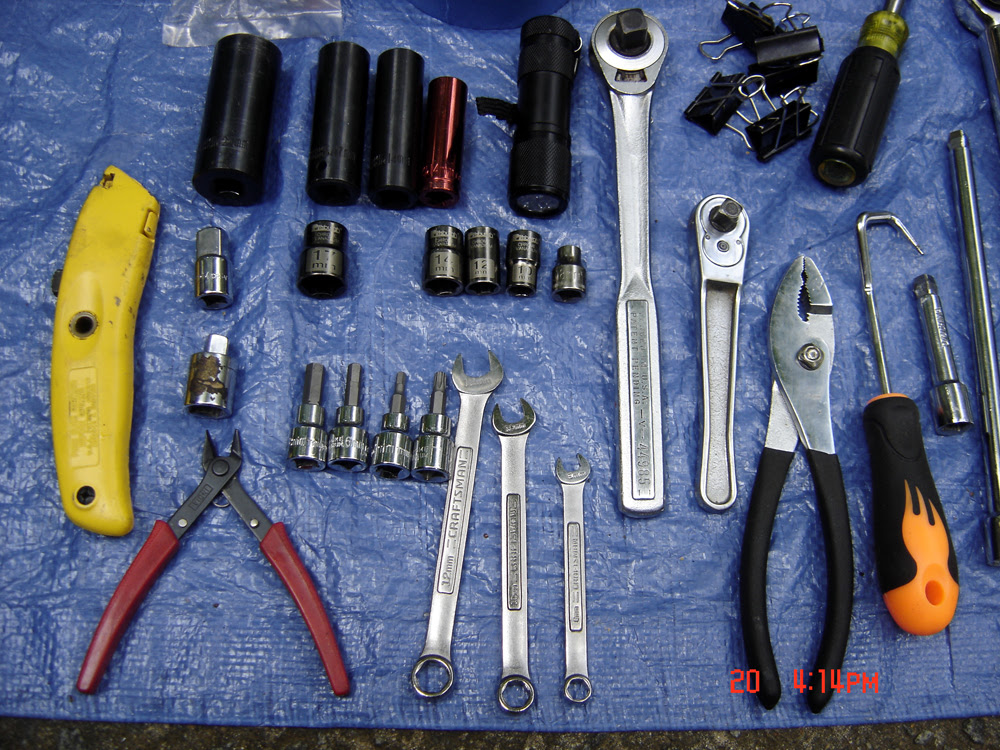 In all the entire experience wasn't bad, especially since I took my time. I think this will be the last time I do any major repair like this myself - my back was really sore after each day from bending over the fenders and front - guess I'm getting too old for this kind of thing. The other thing - some of the torque settings seem really lighter than they need to be - the water pump for instance. I wanted to over-tighten the bolts as they just didn't seem to be very tight - if anything fails it'll probably be due to my going an extra half-turn...

For reference, the seller of the kit I purchased on eBay:

domesticgaskets
domesticgaskets@hotmail.com
Item Title: 99-01 3.5L Isuzu Vehicross Timing Belt Seals Water Pump
I purchased on 5/22/2009 (yeah I know it's been a while)

I'm not sure if the seller put the wrong component in the box or if the kit was just mis-configured but thought I'd share the numbers in case the kit is still wrong. Here's a link to a current auction for the equivalent on eBay by the same seller:
http://www.ebay.com/itm/Isuzu-Honda-Acura-3-2-3-5L-Timing-Belt-Water-Pump-6VE1-/300499248123

It's now Sunday so I've run the VX several times without any issues. I'll report if there are any failures, etc.